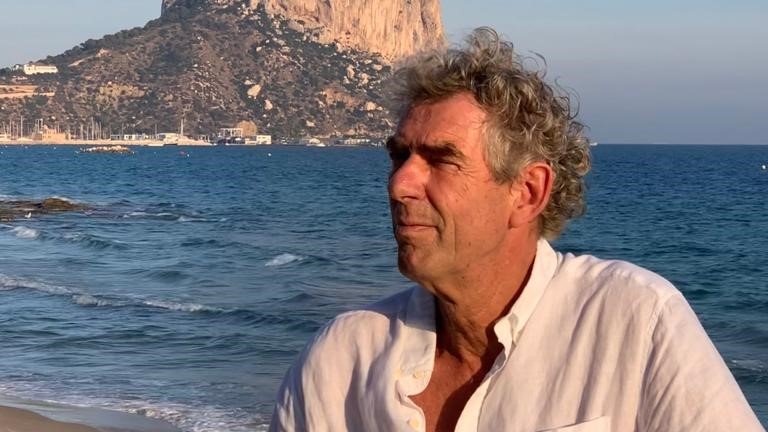 Ben de Koning, chairman and director of the Frankeland Group, is the first healing leader that I interview for my column about healing leadership. I am very curious to know how he has been able to make and keep a large elderly care facility financially, emotionally and spiritually healthy.

Healing leaders have strong intuition and are close to who they are. As a result, they are able to inspire others because their mission and vision comes from within. From a big heart and with inner authority, rational and irrational considerations coincide, aka the conscious and subconscious. Clairsentient people act as mirrors and signposts for those who are not (yet) themselves, because they have become detached from themselves due to all kinds of events.

Ben de Koning is "always his authentic self, always expresses himself and does not act out" he indicates when I ask him about his style. "Usually I don't think too long, but decide in a split second whether a question, request or prescription is right or wrong. I am usually guided by my intuition. Afterwards, I often only reason and legitimize why I made a certain decision. In recent years I have learned that "feelings are also facts. Because of my strong inner compass, I am poorly influenced by the (bad) ideas of others, although I listen carefully to ideas that do make sense. In 1986, an assessment report stated "I can level with anyone." That's still true today. All employees and clients address me by my first name. In addition to his innate leadership style, he also knows very well what he can't do. "I have gathered around me a fairly diverse team of directors and managers who are 'thank God' completely different from me, because more of the same is not going to work."

Self-mockery, humor and relatability are important qualifications for leaders and managers who want to make and keep their organizations healthy. It indicates inner wisdom, self-acceptance and empathy. In my book "Heal the Organization. Restore the Self-Healing Capacity of the Organization' I describe the characteristics of holistic leaders as well as healer managers. Holists oversee and inspire the bigger picture, healers intervene where necessary.

Together with the other whole-gifted actors in the force field, these leaders and managers are able to (re)vitalize an organization. They have a healing influence on seven crucial points that determine an organization's energy field and vitality. The Frankeland Group has each of the energy points in balance:

Right to exist. An organization that consistently pays attention to its origins creates a stable basis for its right to exist. The Frankeland Group includes 5 care locations, each of which has retained its own unique identity and atmosphere. The right to exist of each resident, employee and the organization as a whole are given space here. The statutes of all 10 foundations belonging to the Frankeland Group are identical in essential respects, but otherwise each foundation has room for individuality. Ben de Koning: "A few years ago, we saved some care organizations from bankruptcy by incorporating them into the Frankeland Group.  All the leaders of these new members were kindly asked to leave because they were (partly) responsible for the sad situation that had arisen. All care workers were able to stay, except for a few who disrupted the team spirit with toxic behavior.

Social safety and passion. The Frankeland Group provides a home for residents and staff that fits the original identity of each home. Space for everyone's individuality means that resident satisfaction has been high for years. The five-year policy plan provides a clear foundation that offers both security and freedom. "Our policy plan consists of five sheets. It should never be more as far as we are concerned.  These five pages provide the necessary direction and space for a passionate interpretation of our strategy and policy." De Koning is critical of fellow health care leaders: "I see many (too) cautious directors in elder care, who need thick reports to make a decision that bogs down the organization." My first question is always 'is it right or is it wrong?' If it turns out to be a good idea that fits within the five-year plan we just start.

Manifestation and creation. The Frankeland Group delivers what they promise and more, because they are known to be (very) good in terms of quality of care and employment. The Plus-Living concept is an innovative creation of different parties that reduces the regulatory burden, lowers costs and increases the quality of life. Frankeland consistently offers good quality and surprises its residents and neighbors. Its creative power continually creates innovative activities that contribute to a living-care-welfare offering that is "as ordinary as possible.

Essence. "When you really love people, the rest comes naturally," De Koning points out. The essence of elder care is providing loving care with kindness to each other and to the greater good. "Everyone's essence (individuality) and sense of community are integrated into the bylaws and core values, where expertise, honesty, commitment and well-being are also central. Not as empty phrases, but with full awareness. As manager of an elderly care facility, you have to care about people, otherwise it will fail. Management is also - and perhaps primarily - with your heart.

The same motto also applies to caretakers, helpers, nurses and therapists: "What you don't want for yourself, don't do to others. It works very effectively when you talk to people personally about the essence of their humanity and their moral compass. We don't do fancy jargon here, but we seek each other out."

Authenticity and setting boundaries. One of Frankeland's core values is "honesty. "We don't do fog curtains; we name the facts." The first page of the Annual Report first mentions the sad facts, such as the number of sick and deceased with corona, prior to all the successes. Authenticity and honesty make one clear to everyone: "We set limits for everyone, including the 'visionaries' of the central government. Years ago, they made the historic mistake of closing many nursing homes because they had figured that more and more elderly people would want to live at home longer, despite a sharply increasing aging population. A total of 35,000 employees disappeared from care at that time because their jobs disappeared. But not with us, because at that time we already had a very long waiting list. I called the ministry and indicated that we were not going along with their policy." King is critical of increasing government regulation where he must take "mitigating measures" for bats that lose their roosting place during a remodel or demolition or meet a range of "climate-adaptive building measures" before one can start an innovative construction project to expand residential care facilities. Ben talks about it with humor as an undertone.

Insight and intuition. Humor, depth and ability to put things into perspective come from people skills and overview of the entire force field. Ben de Koning -despite externally imposed government overregulation- manages his organization from the inside, in cooperation with his team. "I always look ahead with my team. We are prepared for everything, whether it is the Christmas package we order as early as June, or anticipating the aging of our staff or the increasing waiting lists for residents. We are already attracting people now and training them internally ourselves, so that we won't face any surprises later on. In addition, we are working closely with other parties in the region to prevent a care and housing shortage in the future and solve it now. We continue to think out-of-the box and take advantage of opportunities because we know who we are and what we want to achieve. Our intention is to provide 'as normal a life as possible' for our residents and we can only succeed by talking a lot with the employees on the floor."

Each of our 2,200 employees is invited once a year to a policy day, which we usually organize at our vacation location in Rockanje. "On the one hand, it is a pampering day with good food, drinks and with an overnight stay. On the other hand, each group engages in conversation with me or one of the other directors so that we can extract questions, requests and stories. Often we can also act on them right away". Short lines mean that the connections made within the Frankeland Group immediately lead to visible action. "That we really listen and act spreads like wildfire. Employees are proud to work for us and that is priceless. As a management team, we are happy to gain insight from the knowledge and experiences of our staff.

Intentionality and Integrity. Ben de Koning lives out the essence and original intent of elder care and that makes him a holistic leader, bringing coherence and congruence. He has a clear overview of the force field in which the Frankenland Group stands. In addition, he radiates inner peace, wisdom, people skills and primal confidence in himself, his team, his organization and in the external stakeholders. Therefore, the influence of the Frankeland Group is great.

Because the Frankeland Group is internally connected to its core values and core tasks, it is a partner of integrity, reliability and predictability. This leads to robust partnerships.  "Together we are working to provide more facilities for the elderly throughout the district and we enjoy doing so." Currently, the Frankeland Group is working on the realization of HavenVeste, an expansion of the main location that includes 62 homes that will initially be used as nursing home beds. Ben de Koning calls this social project an "unselfie" action because it is a gift to the city in which they are investing about 10 to 15 million euros themselves. "We are not doing it for ourselves, but for the city. Here ego is secondary to the bigger picture.

Resilience. The Frankenland Group is a sustainably healthy resilient organization with a strong immune system, where disruptive outside influences hardly have a chance to settle. Similarly, toxic influences from within have no chance to disrupt the greater whole, because surgical intervention is taken. The resilience of an organization is enhanced by close, equal cooperation between healing leaders, such as holistic leaders, decisive managers, self-aware professionals, engaged customers, nurturing business partners and a clairsentient and gifted healing process facilitator. 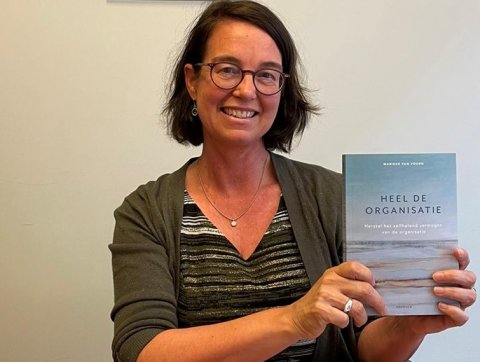 I am Marieke van Voorn and I guide visionary leaders and cyclebreakers to transmute the establisment to co-create a healing and sustainable organization.

Healing Leaders (2022) originates from Een Heldere Zaak that was founded in 2010.

Healing Leaders is based in Amersfoort in the Netherlands.